0
was successfully added to your cart.
Press enter to begin your search
Monthly Archives 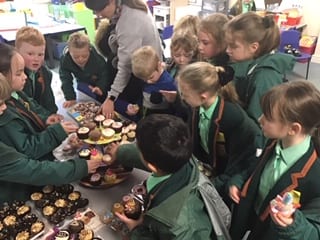 The first Prep School Student Council cake sale of 2020 was eagerly anticipated, with queues forming outside the Year One classroom before the event began.

The cakes were very kindly provided by Reception, Year One and Year Two pupils and parents. The money raised is going towards the Eco-Brick project that all the pupils are involved in.

A big thank you for all the cakes and donations. 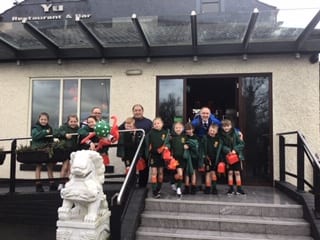 To celebrate Chinese New Year the pupils from Year Three were invited to Yu Restaurant and Bar at Copster Green for the morning. Taz, the children’s entertainer kept everyone laughing and joking before a banquet of the most scrumptious Chinese food was thoroughly enjoyed. Each pupils then received a goodie box to take home with them. Jenny and Victor Yu were the perfect hosts and along with the staff who work at the restaurant worked so hard to provide a memorable morning. Their hospitality was first class and everyone left very happy… and very full!

Thank you so much to everyone at Yu and Happy Chinese New Year to one and all! 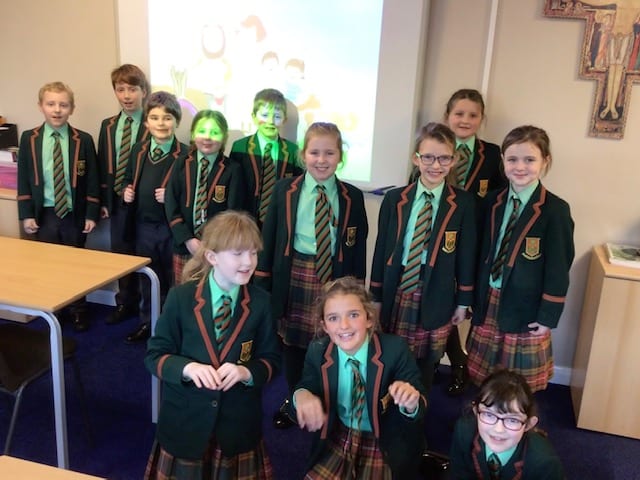 There was much excitement in Year 4 this week as pupils acted out the famous story ‘The Enormous Turnip’ in French.  Each child chose to either act as a specific character or be a narrator. It was fantastic to see them joining in the key vocabulary after only one rehearsal. They are making super progress with their weekly French lessons and having lots of fun doing so.  Well done, Year 4. 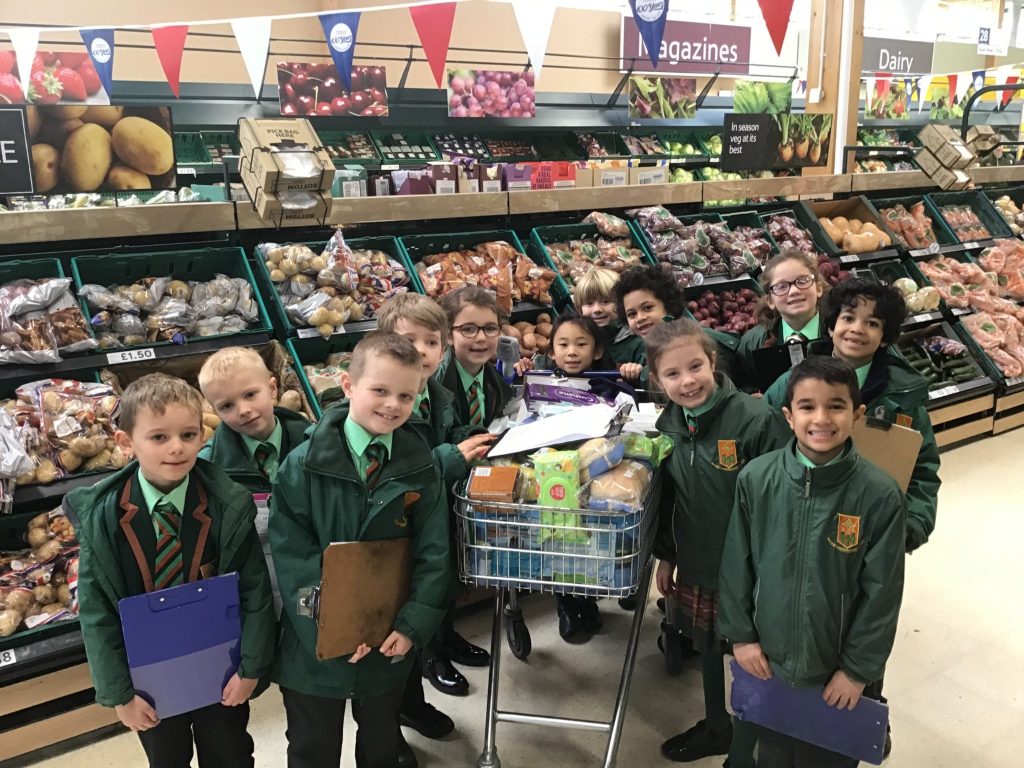 It has been a busy week in Year 2 starting with a trip to Tesco on Monday to buy all that was needed for the pack lunches we made on Tuesday. Thanks to the very kind donations, we were also able to make up toiletry bags which were very well received. 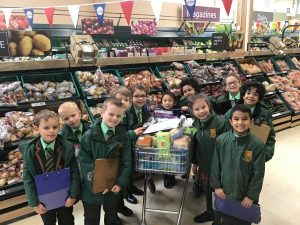 On Wednesday we went to Blackburn town centre to distribute the bags to those in need and people were so grateful-they made such a difference to those less fortunate than ourselves. The children were, as always, a credit to themselves, school and their parents and it was a pleasure to witness their kindness in action.

Their thoughts and actions throughout the whole process is a message to us all “ showing love can make such a difference to someone” They have made Mrs. Wilson and the rest of the staff immensely proud. Watch out for our assembly on February 13th. 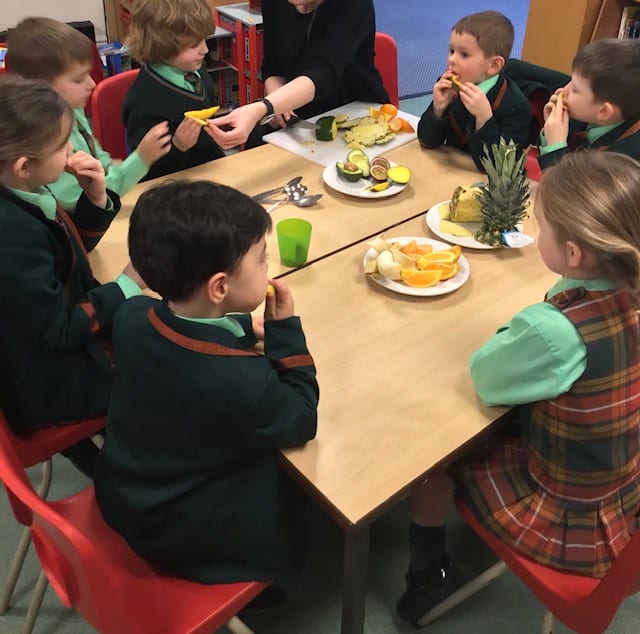 Reception children have been learning the story of Handa’s Surprise in their Spanish lessons this week.

They have been studying the vocabulary for the various fruits that appear in the story, playing games to aid their learning.

They were able to confidently explain in Spanish which fruits they liked and which they didn’t like.  They were then very excited to try out the fruits themselves.  Well done, Reception! 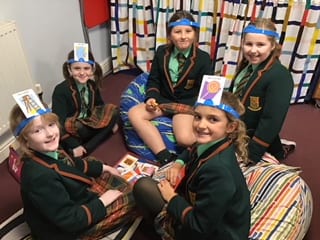 A popular way for Prep to spend their Friday lunchtimes is attending our regular board games club.

It’s a great way to practise skills in cooperation and critical thinking as well as having fun  working together, taking turns , solving problems and explaining the rules to each other. 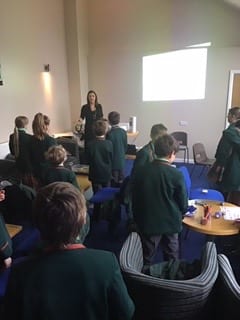 This term, all pupils from Year 5 to Year 11 took part in a resilience training day during which they learnt about ways in which they can help themselves to maintain positive mental health and wellbeing in the face of the many stresses they face in life.

The day was a lot of fun and the students have been overwhelmingly positive about what they have learnt, from the importance of quality sleep to an exercise designed to help them recognise and value their own strengths.

We hope the skills they have learned will help them in the future. 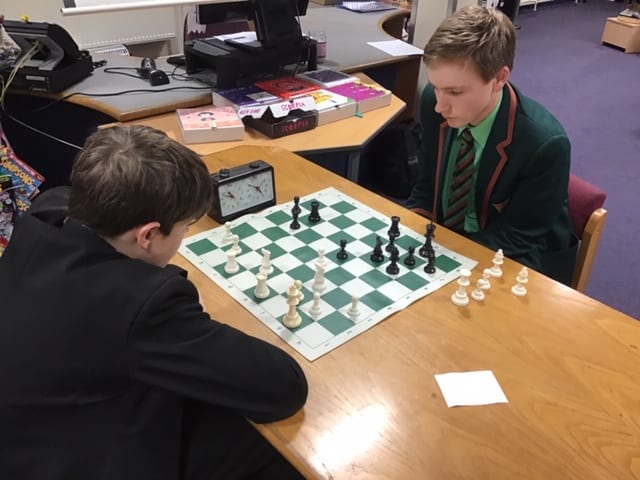 Our children have been working with Harrison and Matthew in Year 9 in a lunchtime practice club and were very much looking forward to trying out their skills against some new opponents.

They certainly rose to the challenge as they came out overall winners.

Considering the young age of many of our team, against Year 8 and Year 10 pupils, we are extremely proud of their achievements.  Well done and thank you to our hosts for a fantastic evening. 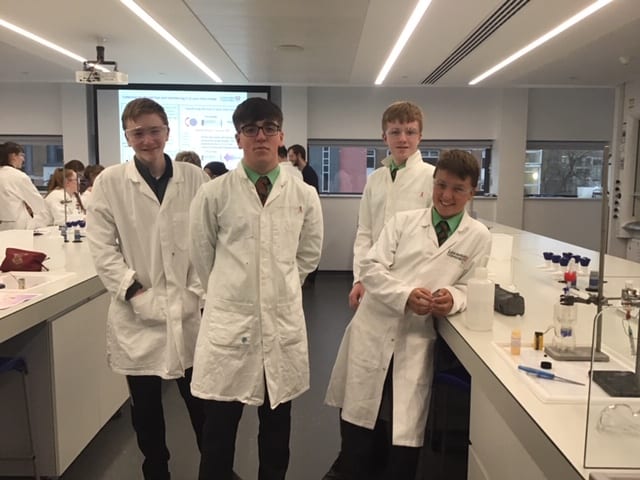 Saturday was a dark and cool January morning and four of our finest pupils climbed on the bus to head off to Lancaster University for the Royal Society of Chemistry Top of the Bench Competition. Not a run of the mill Saturday by any means and the closure of the M6 posed a logistical problem to us. Six teams from Lancashire were pitting their wits against each other for one of the places in the final, to be held this year in London.

Our team of four contained Harrison, Matthew, Olly and Sam, who donned their lab coats and safety goggles and braved the elements! First up was the practical challenge “Christmas…the Aftermath!” with the group being split in two. Harrison and Olly undertook a task to find out who Santa was involving chromatography, fingerprint and ions analysis and Matthew and Sam used titration and colourimety to work out which indigestion tablet was the best at combating the excesses of Christmas!

The afternoon session was a written test with each pupil set an age specific paper to challenge the most able to their limit. The day ended with the custard mini rocket challenge. The team had to prepare a mini rocket to launch and after a practise launch the teams were up against each other to see whose rocket went the furthest. Oakhill’s Super Rocket shot past the others to claim first place and the coveted title of Rocket Challenge Winners 2020. In the end Lancaster Girls Grammar School were the Top of the Bench winners in a very tough but close competition. Well done to our fantastic team who really showed they could blast past the others!

Year 8 were greeted with a crime scene on their return to English on Monday morning, finding crime scene tape on the door and the outline of a body on the floor.  They have been told that the victim in the literary murder case was Victor Frankenstein, a local scientist, who appears to have been poisoned.

Year 8 have now started to work as investigators and journalists to hopefully solve this fiendish crime.  They will be learning about different types of non-fiction writing this half-term as they step closer to the solution. 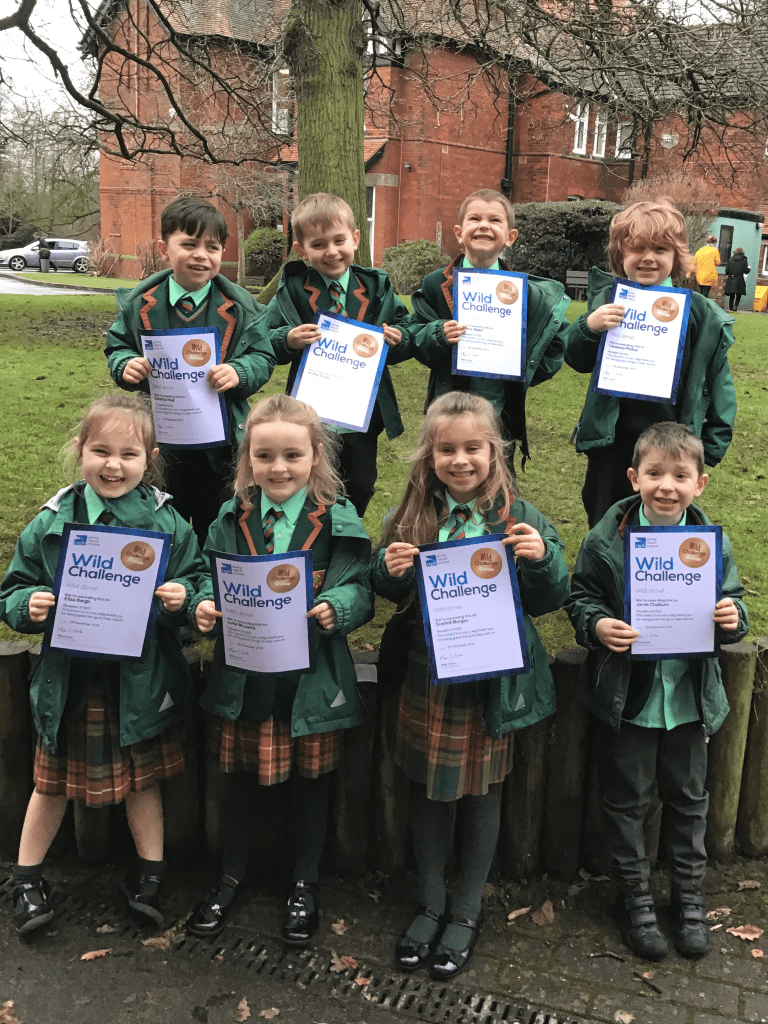 Reception have worked hard over the last term and have achieved their Bronze Wild Challenge from the RSPB.

They had to complete six activities during their forest school sessions including building a hedgehog house, a minibeast hunt, weather survey and composting.

We are all excited to move onto our silver award next.

Year 2 have been writing letters to their mums and dads to say thank you for all their efforts in making their Christmas a good one. 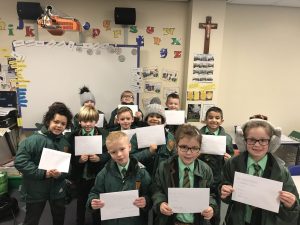 They learned how to use the franking machine with Mrs Sutterby

and then walked into Whalley to hand their letters in to the man in the Post Office as franked letters cannot be put in an ordinary postbox.

It was also a great opportunity to look at the surroundings and what some of the different signs and symbols mean along the way. It made us laugh when some thought the three fishes represented the restaurant not the rivers! They also recognised things from last year when they went out and about in Year 1.

We really enjoyed our walk and hope our mums and dads enjoyed reading our letters.