Year 8 pupils recently spent a day at Manchester Metropolitan University participating in a Language Enrichment Event.  They learnt about how languages can open up a wide range of opportunities in the world of work.  Current language students at the university explained how over 80% of the world’s population does not speak English, and how the need for better communication with other countries is more relevant than ever.  They discussed the wide range of careers that are open to linguists and how the demand from employers for a foreign language is increasing.

The morning was spent learning about Slovak languages and the pupils were surprised to learn that there are 400 million Slovak people worldwide.  They practised writing their name in Slovak and learnt about both similarities and differences between the Slovak languages.

The Italian taster session allowed the pupils to see how their current knowledge of French and Spanish grammar could be easily transferred to a new language, enabling them to realise the truth behind the theory that, once you have learnt a language, it is easier to learn another.  It was certainly a timely session for those who are flying off on the Oakhill ski trip to Italy on Sunday.

After lunch, the children took part in a Mandarin taster workshop.  This covered a wide range of areas, from the Chinese zodiac animals to how to speak a few words of Mandarin Chinese – the most spoken language in the world.

The final session of the day was great fun and saw the children turning their hand to Chinese paper folding.  They were very proud of the panda bookmarks they successfully produced.

The day was a fantastic opportunity to give the children a glimpse of a university, as well as reminding them of the importance of studying foreign languages. 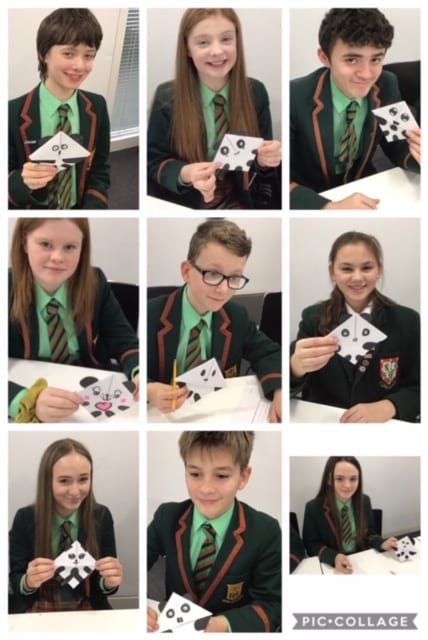