Year 9 visited the Imperial War Museum North and enhanced their learning about conflict in the 20th Century to the present day.

They participated in a workshop on Life in Germany and the persecution of different groups as well as the indoctrination of young people to follow Nazi ideology.

They were also able to speak to Veterans who had fought in Northern Ireland and during the Cold War, as well as meet Frank who flew with the RAF in World War Two. Year 9 were excellent throughout the day and were humbled to meet people who had fought in war and who were willing to give up their time to share their experiences.

Many thanks to the staff and Veterans working at IWMN. 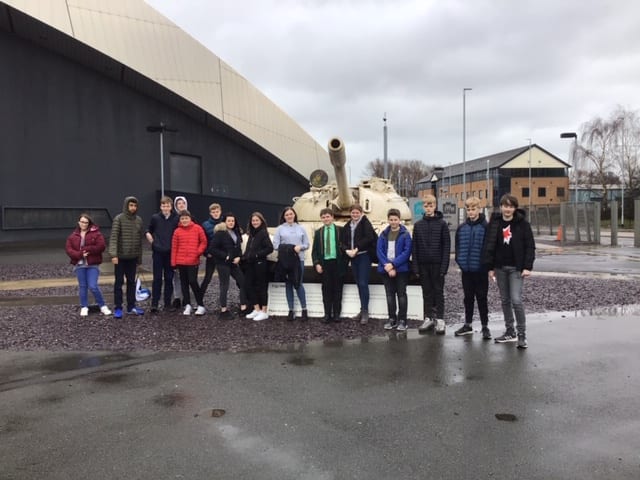