It’s All about Taking Part was the message that was revealed when the code was broken, and lots of the pupils got involved and took part. In particular, very well done to Year 9 who all entered and got points for their house. In fact the first three entries came in from Year 9 with Isobel cracking the code first, closely followed by Gabby D then Gabby S.
In the end it was a close run competition with Scholars just sneaking ahead by 3 points.
Scholars 26 points
Martyrs 23 points 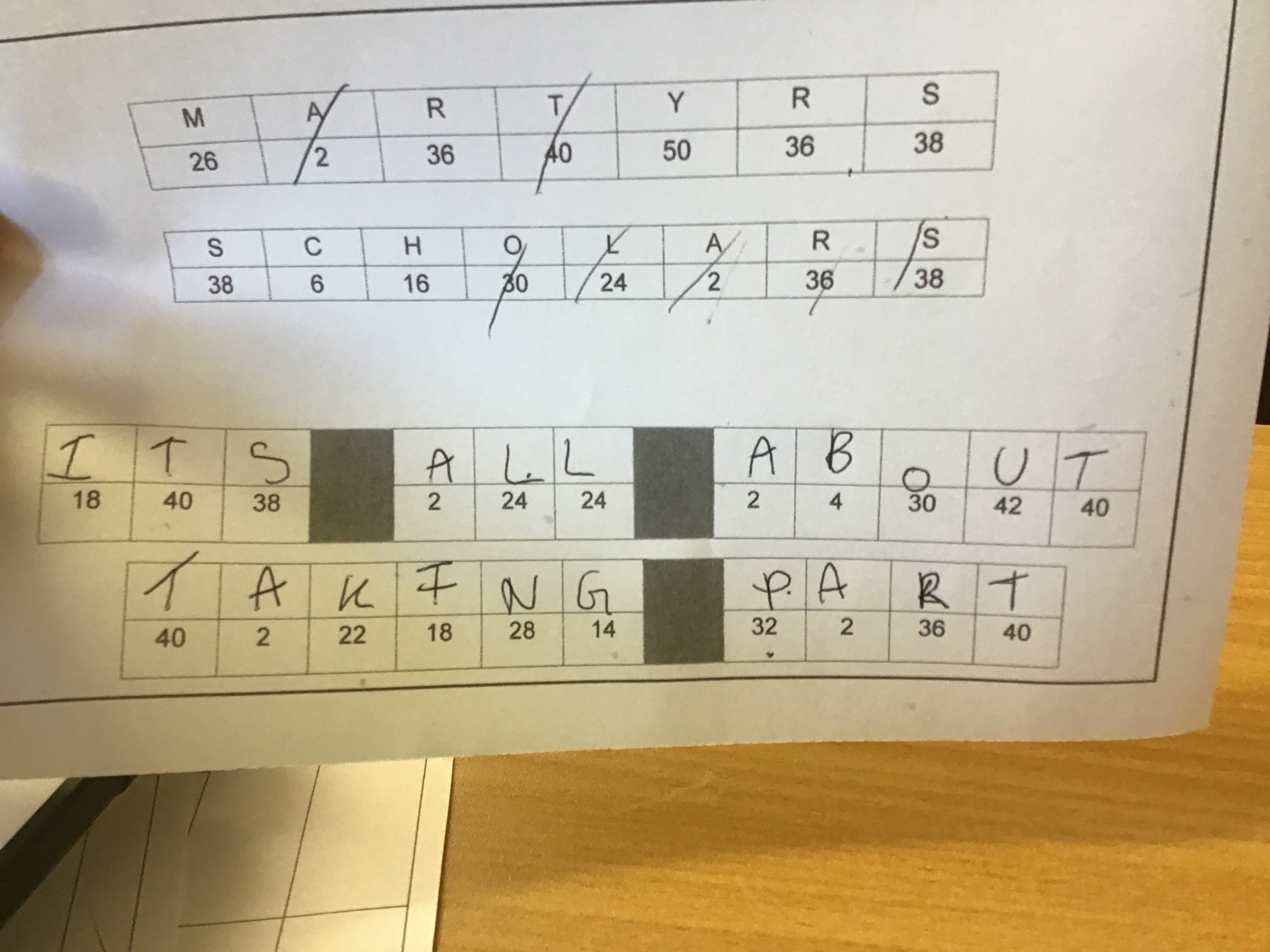